From Our Film Score To Imagine Dragons!

Just have to post this. It was so good to see Will again, who did our score for GAME. Since then he’s been working with RZA – I have a great and funny story about when we met and hung out in Cannes (later for that). He was there for the Jim Jarmush film Ghost Dog – The Way of The Samurai that he scored. Now Will is just coming to the end of a one year a tour with Imagine Dragons. He is so talented and did a beautiful score for us. Check it out on our site, where you can also see the film. Thanks William – you’re a star! For anyone who is in Amsterdam on the 5th of February, Will will be performing with Imagine Dragons. Try to make it! We will. 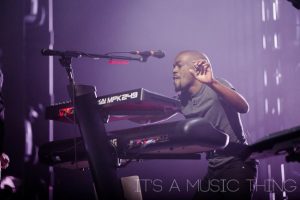