No Money No Cry Films is a passionate, and committed and collaborative production company. We came together in response to the changing landscape of the film industry; one that allows creative, small, lean, focused companies that are realistic about the opportunities and constraints of the market to implement a vision that is creatively inspiring and profitable. No Money No Cry Films works with three strongly held beliefs:

We do not call our type of film making low budget but ‘digital budget’ to indicate that we can make high quality films at our chosen budget level.This is the exciting landscape of old Hollywood come back to life in digital format. It is a golden age and the digital budget is The Golden Mean of our time.

“I’m trying to tell a story and do it truthfully.” ~Charlie Kaufman 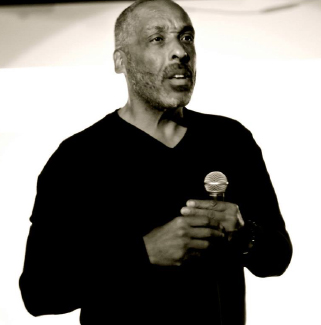 No Money No Cry Ltd was founded by Charles Liburd to make independent feature films that get seen, by using a business model that can take advantage of the new digital landscape. Charles takes the lead in creating the company’s vision and is a scriptwriter, script consultant and producer.. Prior to founding NMNC Films, Charles together with his friend Mark Brooke of Aramid, Future Film Capital Partners & Entertainment Capital Advisers, was engaged in developing a strategy for setting up film funds in emerging markets as well as other film related projects..

Jack is a mathematician and founder of Greenlight Essentials, a company dedicated to bringing big data analysis to the industry. NMNC Films works closely with Jack on all of our productions to utilise the benefit of his predictive modelling and to minimise risk for our investors.

Over the last 19 years, David Higginson has made over 25 features and TV dramas in 15 countries across 3-continents. Budgets have ranged from micro to $20 million for companies as diverse as the BBC and Matthew Vaughn’s MARV films. Credits include Line-Producing double Oscar winner Sir Michael Caine in “Harry Brown” for MARV films. Opening at Number 3 at the UK box office,